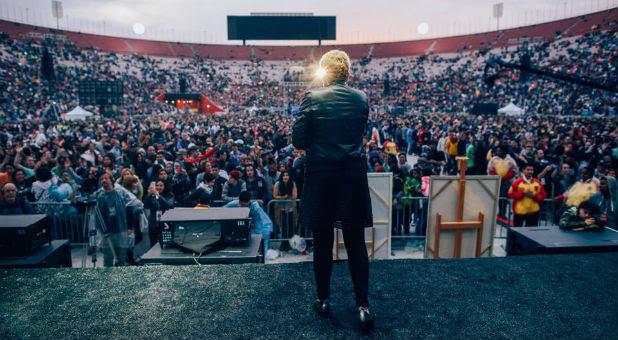 Join us on our podcast each weekday for an interesting story, well told, from Charisma News. Listen at charismapodcastnetwork.com.

Where West Virginia and Kentucky meld together, God is meeting his people. The revival is so strong that secular news sources determined it was front-page news.

"The message of hope is a message that resounds with everyone," Pastor Wayne R. Crozier, of Abundant Life Ministries in Charleston, told the State Journal. "People want hope, and that is what the church offers. The Bible describes the church as a city that is sitting on a hill, one that people can look up to—there's hope there."

Crozier added, "It's my belief that our hope doesn't come from the White House or the governor's house—it comes from God's house."

"I watched as fire moved from the borders into the heart of state," he previously told Charisma News of Kentucky. "The fire was going in and out, pulsating like the beating of the heart ... (It's) the ignition of many fires that are ultimately going to set the heart of the state on fire."

But revival has traveled beyond Kentucky, reaching the coasts of the United States.

In Seattle, "We began to notice an unusual manifest presence of God invading the meetings," Jerame Nelson, 35, wrote on elijahlist.com. "Miracles were happening quite easily and people were really getting touched by God during the worship times."

"Many stepped out in great faith to see God's kingdom come to this generation. If all of this was done and only one person got saved or healed, it would have been worth it," writes Jennifer A. Miskov. "However, we know that many entered into God's kingdom and many others were restored, healed, and set free that day. We don't know how many lives these ones will touch in the future but these will be the inheritance of what was poured out at Azusa Now."

On the other side of the country, United Cry drew thousands despite poor weather, and David's Tent continuously cries out for awakening. Come summer, 1 million are expected to gather to declare the name of Jesus over ...

As for West Virginia, "It's incredible what is happening here," Mitchell Bias, pastor of the Regional Church of God, said. "The kids are not only getting saved, but they are finding purpose and destiny—that's what it's all about."