"Who gets the highest rank in God's Kingdom? For an answer Jesus called over a child, whom he stood in the middle of the room, and said, I'm telling you, once and for all, that unless you return to square one and start over like children, you're not even going to get a look at the Kingdom, let alone get in. Whoever becomes simple and elemental again, like this child, will rank high in God's Kingdom. What's more, when you receive the…

Captivated by a New Affection

Is the Love of Jesus Christ captivating your heart today? Is he your heart's single affection?

Thomas Chalmers (1780-1847), made one of the boldest and most powerful declarations in the history of Christianity in his sermon entitled "The Expulsive Power of a New Affection." He said, "the only way to dispossess the heart of an old affection is by the expulsive power of a new one." Make Jesus your new affection every day! Ron Ross 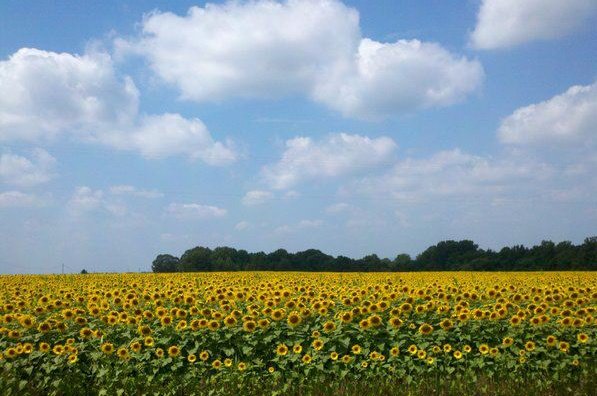 "It cost God plenty to get you and me out of that dead-end, empty-headed life we grew up in."

3-6 How blessed is God! And what a blessing he is! He’s the Father of our Master, Jesus Christ, and takes us to the high places of blessing in him. Long before he laid down earth’s foundations, he had us in mind, had settled on us as…

Many believe that our greatest enemies are outside forces like rampant violence and abject poverty. They are enemies, but not nearly the foes and curses that superficiality and distraction are. Why? Because they are the two-headed dragon of spiritual inner impotence. Stifled inner growth is the greatest curse we face-because it causes our connection to Jesus to be weakened or broken. He remains the answer to every foe mankind faces! Ron Ross

Restored to Innocence: the state of not being guilty of a crime or offense, literally freed from sin or evil…Do these statements define you and me? We will not likely live above what we believe about ourselves. And if our self-view is tainted by shame we will accept ‘less’ as true of us.

The Grace Message of Jesus Christ makes it possible for us to believe what God believes about us! And that is by faith we are…

When it’s all said and done? When the end is upon us? When the summation of all things is consummated? What will remain? What will withstand the whirling dervishes of insane world views? World views that leave anti-Christ perspective in their wake; which are fueled by abusive false religions, out of control geo-political systems and ravenous bureaucracies?  What will endure the scrutiny of God’s judgment? What is secured for eternity! What is laid up in…

Are you up for an adventure? Funny thing, the older I get in Christ, the more I seem to be excited for new adventure. At least the spirit is willing, even if my body is in complete protest.. My lifelong friend and mission partner (or is it partner in crime?) Jerry Cadenhead includes the following on the bottom of all his e-mails..."Life is either a daring adventure or nothing." Helen Keller

"This resurrection life you received from God is not a timid, grave-tending life.…

Just hearing from the Lord during Yom Kippur. Thank you Holy Spirit.

God’s people are being sovereignly positioned and set apart for His purposes.

There has been a sweeping away of the dust that has settled on the righteous so they may come forth and show the Father’s glory through signs and wonders.

Another, deeper Baptism of Fire coming upon the church to awaken the passion that had been quenched by the woes of the world.

What is Healing Part 5: Our Relational Design: Real or Ideal

Our Relational Design: Ideal or Real?

Is God’ relational design for our lives more than a nice theoretical guideline – or are loving relationships with God and others something we need to take seriously?

Many of us long to live for God more deeply. We want to see God move more powerfully in us and through us to accomplish His purposes. We’d like to have the kind of joyful, loving fellowship described in the Book of Acts. Some of us would even like to see…

An indecisive faith and a wavering hope immobilize us on our journey to fullness of life and our daily walk in the Spirit of Jesus. If we could only believe Jesus was/is telling the truth then this world in which we live would be an exciting place! It’s a place of romance and adventure, a place of promise and a place of possibilities, a place of confidence and joyous expectation!

But more than that, our world is a place of love. A place where we can live and love intentionally! The…

Another Word of Encouragement

God is not looking for you to "DO" more for him. He is simply and passionately looking for more "OF YOU". He is looking for more of your heart. His constant passionate cry is, "My child, give me your heart." (Proverbs) "For the eyes of the Lord run to and fro throughout the whole earth, to show HIMSELF STRONG on behalf of those whose heart is loyal to him." (2 Chronicles 16:9a,…

"Heard" this in The Spirit during quiet time : "The lion is moving, grab the keys! " don't know yet what it means, does it speak to you ?

"Heard" this in The Spirit during quiet time : "The lion is moving, grab the keys! " don't know yet what it means, does it speak to you ? Continue

A Word of Encouragement

Every voice inside that says you can't is now silenced, every person who has stood in the way of your destiny is now an illusion and every reason you have for quitting is washed away in the Grace of Father's Great Love. Your dashed hopes, unfilled dreams, failures, struggles, besetting sins, life issues, seeming disadvantages are now becoming your testimony to the Overcoming Grace and Power of Jesus Christ!

What do you want?

“The following day John was again standing with two of his disciples.  As Jesus walked by, John looked at him and declared, “Look! There is the Lamb of God!”  When John’s two disciples heard this, they followed Jesus. Jesus looked around and saw them following. “What do you want?” he asked them. They replied, “Rabbi” (which means “Teacher”), “where are you staying?” “Come and see,” he said. It was about four o’clock in the afternoon when they went with him to the place where he was…

Bless the Space Between

Can you hear God laughing? Can you see rays of sunlight as they warm your face? Can you sense affirmation and acceptance in another’s smile? Can you observe a flower growing? Can you see the notes that come from a piano being played?

“Like the joy of the sea coming home to shore, May the relief of laughter rinse through your soul. As the wind calls fallen leaves to dance, May your gravity be lightened by his grace. Like the dignity of moonlight restoring the earth, May your thoughts…

Some years ago a Christian singer/songwriter called Paul Field wrote a song “All That Matters” - it’s a song about that fact that, at the end of the day, if we haven’t learned to love we have nothing - that love is all that matters. It was recorded by Cliff Richard on Princess Diana’s tribute album after she died and he also, ironically, sang it on the National Lottery program on TV! You can see Cliff singing this song if you…

Can you hear the sound of the shofar?

Can you hear the sound of the shofar today as God’s call resounds throughout our land and throughout his kingdom of the saints? Can you hear the passionate voice of the Lord calling his mighty army together in love? The Commander of the Lord’s army is calling those who have a heart to stand and serve him, to fight against the enemies that have gathered against him and his kingdom. He is training us as we move forward using his Word as our sword and shield. We begin by…

Paul had some very arrogant opponents at Corinth. But he was confident that there was no kingdom power in their arrogance. So he says in 1 Corinthians 4:20, “For the kingdom of God is not a matter of talk but of power.” This raises two questions we will need to consider.

The Nature of the Kingdom of God

First, what is the nature of the kingdom of God?

Here it seems to be a present demonstration of power. But two chapters later in 1 Corinthians 6:9 it…