GOD'S RULES FOR BATTLE
http://joniames.wordpress.com/2011/07/28/gods-rules-for-battle-by-joni-ames/
by Joni Ames
JoniAmes@aol.com
As many of us know, there has seemingly been an increase in the level of battle or warfare in these times. Just as the weather has been heating up, so has "life," in…
Continue

Alan, heard you had a teaching of this in another message? About perception. Dave Dauler

Picture this: The stage is set; the game is on! You are more than a mere spectator who is detached from the action and watching from the seeming safety of the grand-stands. You are standing on the field; in the readied position, opposite each other in the arena like two athletes of exactly the same stature. The contest is to display Christ in you, by way of a “romantic faith”, not by keeping the games rules. The prize is to “win” as many as possible to Him:…

Been reflecting on the incredible journey toward the finish line of wholeness and completeness in Jesus. If I had a dollar for the times I wanted to throw in the towel and run away; I would be a gazillion-aire! I am really glad Papa's mercy and grace intervened and gave me the spiritual 'uumph' to take another step.

Just think of what we would have missed otherwise: growing old with your lover, watching your children grow and become…

Have You Forgotten Your Appointment? - Hope Reeder

Have You Forgotten Your Appointment?

Practice is the only way to improve at anything. The word “practice” means “learning by repetition“. What you prioritize and practice; with repetitive action, will be mastered in time. If we take an honest, soul searching personal inventory, we are likely to be shocked at what we have…

Through the “eyes” of our heart we can experience God-sight. This “spiritual sight” is illumined by faith,
and allows us to “know” that we are seated with Jesus in Father’s lap of love. There we are also invited with Jesus into the opportunity of continuous enjoyment of Father’s affirming gaze-looking full into His wonderful face-with
an unhindered view. Tragically, we are too often distracted and focusedeverywhere but there. Why would we allow our… 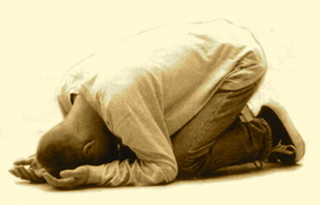 “At that time people began to call upon the name of the Lord” – Genesis 4:26


Years ago in a partially finished room of the musty old basement of our home, I created a place where I could get away and…

“For the eyes of the LORD move to and fro throughout the earth that He may strongly support those whose heart is completely His.” 2 Chronicles 16:9, NKJV.

“For the eyes of the Lord range throughout the earth to strengthen those whose hearts are fully committed to him.” 2 Chronicles 16:9, NIV.…

Can You Hear Brother Jesus?

In solitary silence we listen with great attentiveness…

Nurtured by Readied and Unfitered Hearts

Nurtured by Unfiltered and Readied Hearts

Matt. 13:11f “The disciples came up and asked, “Why do you tell stories?” He replied, “You’ve been given insight (God-sight) into God’s…

The eye of the Lord & the lion's roar

Sharing something from the last 2 nights

During the last week, I have suddenly woke up and immediaely…
Continue